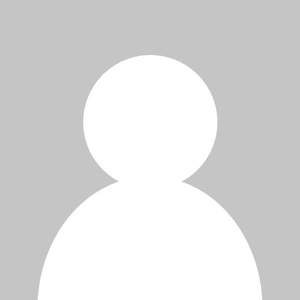 Enzymatic eschar removal with NexoBrid allows initiating and completing the phase of removal of the offending eschar earlier upon admission, enabling earlier visualization of the wound bed for assessment of burn wound depth as well as preservation of viable dermal tissues, as further elaborated and supported by previous clinical studies. The depth determination is important for the planning and ex...

Circadian rhythms and disorders of the timing of sleep

The daily alternation between sleep and wakefulness is one of the most dominant features of our lives and is a manifestation of the intrinsic 24 h rhythmicity underlying almost every aspect of our physiology. Circadian rhythms are generated by networks of molecular oscillators in the brain and peripheral tissues that interact with environmental and behavioural cycles to promote the occurrence of s...

Extracting Circadian and Sleep Parameters from Longitudinal Data in Schizophrenia for the Design of Pragmatic Light Interventions.

Sleep and circadian rhythm dysfunction is prevalent in schizophrenia, is associated with distress and poorer clinical status, yet remains an under-recognized therapeutic target. The development of new therapies requires the identification of the primary drivers of these abnormalities. Understanding of the regulation of sleep-wake timing is now sufficiently advanced for mathematical model-based ana...

Since the Space Shuttle retirement in 2011, the National Aeronautics and Space Administration (NASA) has lost its ability to provide comparable up and down mass to the International Space Station (ISS). One consequence of reduced mass exchange has been the extended operational life cycle of the Space Suit, known as the Extravehicular Mobility Unit (EMU), and extended periods between ground servici...

Transdiagnostic sleep and circadian rhythm disturbance in schizophrenia and bipolar disorder: a systematic review and meta-analysis

Jan 1, 2016 in Proceedings of the 2016 ACM International Joint Conference on Pervasive and Ubiquitous Computing

SleepSight is a novel approach to detecting early signs of relapse in psychosis, thereby allowing targeted intervention for relapse prevention. The system uses a wireless-enabled wearable device and smartphone to collect longitudinal accelerometry, heart-rate, ambient light and smartphone usage patterns from patients living in their homes. These data are encrypted and sent via the mobile data netw...

Introduction Disturbances in sleep and circadian rhythm (SCR) are frequently reported prior to and during episodes of relapse in schizophrenia, and may serve as an early marker of deterioration. However, this has never been demonstrated objectively. Novel approaches using mobile technologies are enabling the longitudinal sampling of sleep-circadian rhythms in the real-world. In this preliminary d...

Desynchronisation of sleep-wake rhythms in schizophrenia: a theoretical intervention framework

As NASA seeks to extend human exploration into deep space in an era of increasingly tight budgets, there is a push to utilize more commercial off-the-shelf (COTS) components to accomplish mission tasks such as utilizing COTS personal computers to perform flight safety critical software responsibilities. Further, as missions advance into deep space, resupply missions to replace failed components be...